BISTRO 821 located on the trendy and cosmopolitan Fifth Avenue South, in the heart of Naples, is the longest running restaurant on Fifth. Bistro 821 brings a taste of Miami’s South Beach to the Gulf Coast. Our décor is colorful, warm and sophisticated urban chic. With distinctive style we create a wide array of innovative entrees fusing Asian, European and domestic flavors. Our menu offers a variety of

We source the finest ingredients available from locally owned and operated vendors. 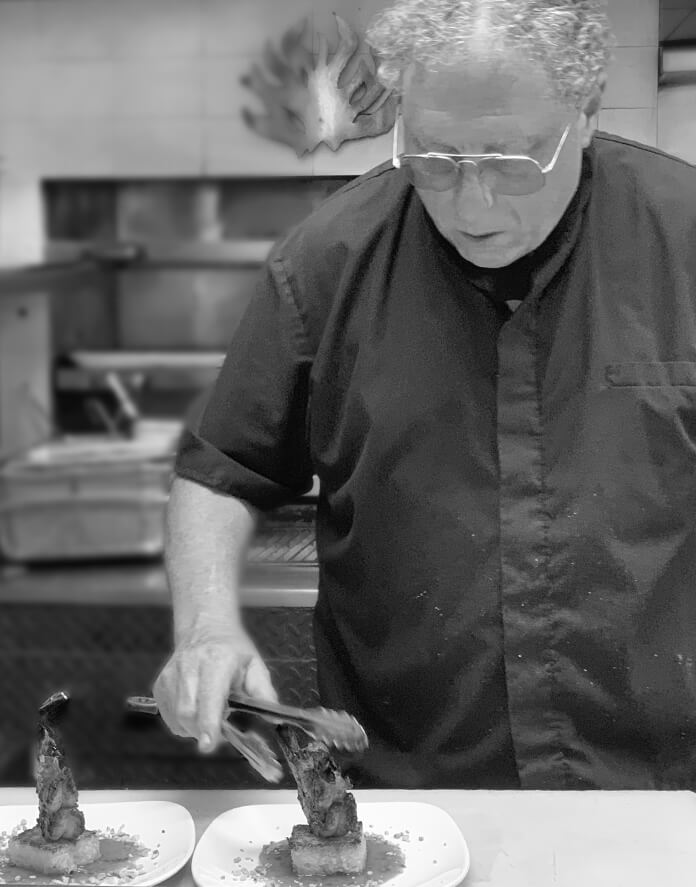 Jess started working in the restaurant business in the mid 1980’s. He started as a dishwasher at a restaurant on Cape Cod, by then he was hooked.

After working in several more restaurants, Jess went to Boston University to attend their new Chef Program. While attending, he worked with such chefs as Jacques Pepin, Julia Child, Todd English & Marcella Hazan. After successfully completing BU’s Chef Program, he worked as Sous Chef at Spinazzola’s Restaurant, The Chanterelle and La Alouette.

Jess moved to Naples in the early 1990’s and got a job at Michael’s Café as sous chef. He then became the opening Chef at Bistro 821 before also helping to open Bistro 41 in Ft. Myers and Zoë’s in Naples. Jess has continued to curate the incredible menu that we still use today.